WHY MEN ARE FACING HAIR LOSS MORE THAN WOMEN? 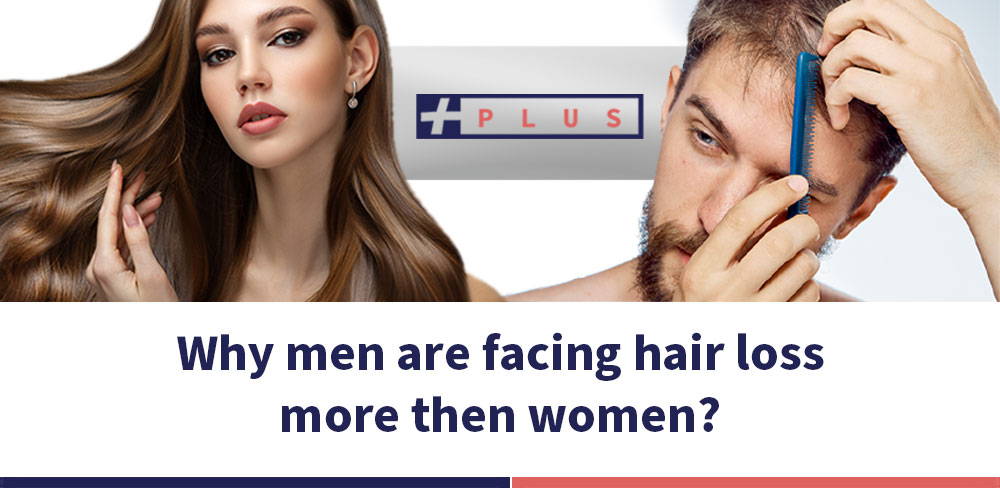 When it comes to hair, we are not all equal, far from it. And men even more than women, because baldness threatens them (almost) all! And this, for a very long time: the problem of baldness posed question to Hippocrates (460-370 BC anyway...) who noted in one of his aphorisms that "eunuchs do not go bald. Castrated, these men no longer produced testosterone. We explain...

Hair loss affects Caucasian men the most. Concerning the male population in Europe, it affects approximately one in three men at 30 years old, one in two men at 50 years old and more than three in four men after 70 years. Why?

First, because the average lifespan of hair is 3 years in men while female hair lives between 4 and 7 years! When a hair dies, another will replace it, in principle. But genetics and hormones will play a big role in this regrowth. Hormones also play a very big role in men's hair loss, it is androgenic alopecia: the more they have a high level of male hormones, the more they will lose their hair. Because as we age, testosterone begins to give way to DHT. This hormone has just settled in the hair follicles, thereby causing a metabolic reaction that will accelerate hair loss until, depending on the case, exhaustion.

Last but not least, the visual impression of baldness is accentuated by the fact that the new hair is thinner and lighter. Other factors influence male hair such as physical condition, stress level, balanced or unbalanced diet, medication, vitamin deficiency.

Result: almost every case is a unique face to hair loss! We would like to tell you about a special apple that instills youth in your hair and skin and the... Dermaroller For Hair Growth? Yes, It Is Possible!

Attention! The text you are about to read contains contents that might be disturbing for those who have needle-phobia. No,... Could Your Skin Be Screaming For Moisturizer?

Let’s be honest: We all want to have skin like Hollywood stars or celebrities. When a celebrity appears on the... Do You Use A Hair Serum?

You don’t? Let us invite you to see why you should... Hair, according to many, is a gift from nature...

The Easiest Way To Transform Beauty Into A Masterpiece: Eyebrows

Thin, thick, or even shaved! Eyebrows have been under the spotlight for decades when it comes to the understanding of...
Close

You have successfully subscribed!

is added to your shopping cart.

Add to Wishlist
0
Product has been added to your wishlist
You can view your wishlist by creating account or logging-in an existing account.
Please create account/login through {{ customer_email }} email
Login Register
0